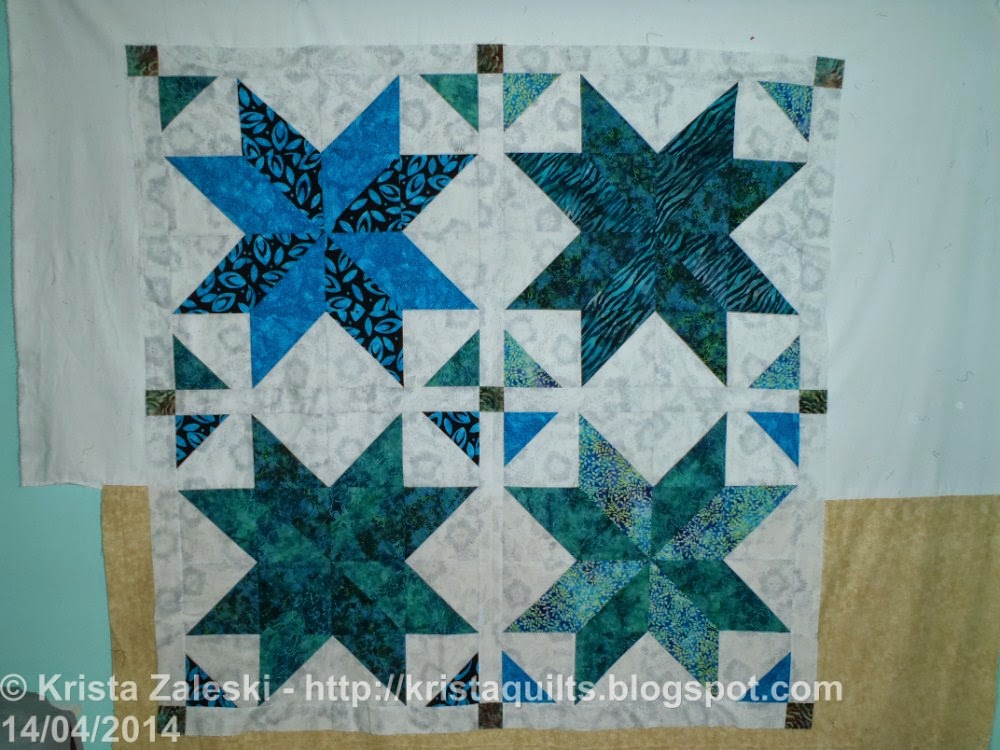 This quilt started as a challenge at a retreat in April 2014.  We received a packet of 10" squares and some background fabric, and instructions to make these star blocks.  There was enough fabric in the kit to make 4 blocks and assemble them as shown here. 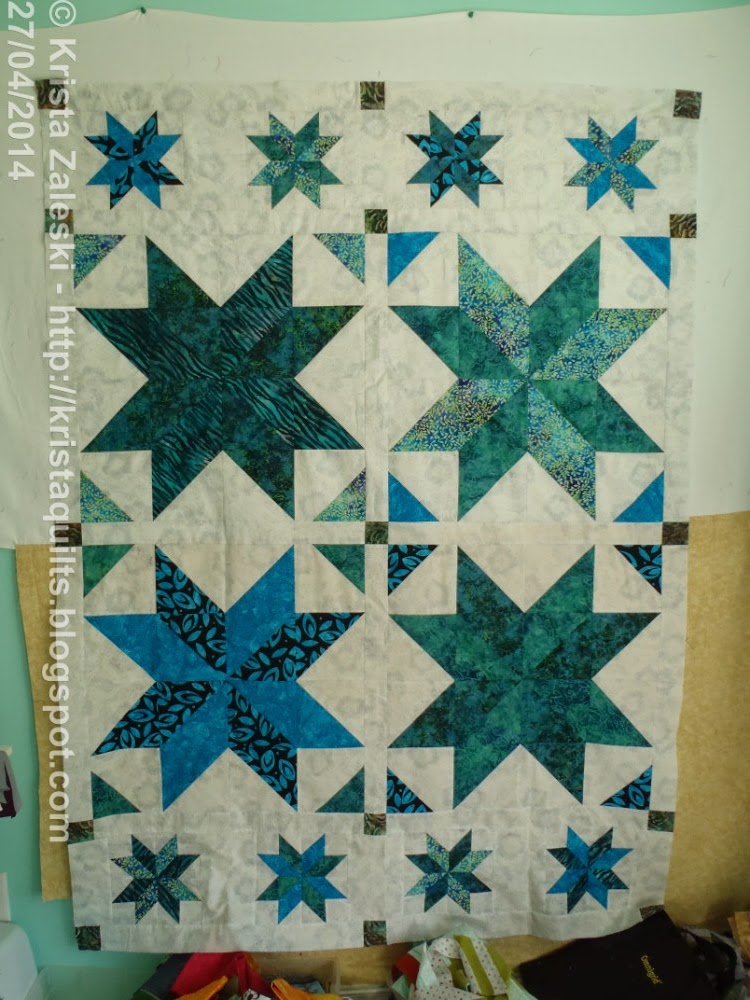 I decided to make this quilt into a rectangle later, so before the retreat ended I picked up one more packet of squares & background for myself.  Then, I made 8 smaller squares, using 5" squares as the base.  The quilt is now 52x74", just the right size for a donation to Victoria's Quilts.  So in April 2014 I folded the quilt up and put it somewhere safe, until I could get it onto the longarm. 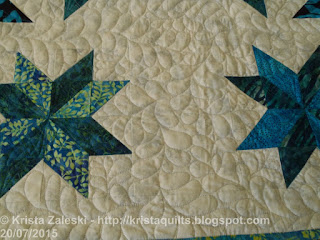 Earlier this year, while organizing my quilts and moving my sewing room, I realized that I had NO idea where this quilt had gone. It was not, as I thought, folded up neatly and stacked in my pile of "to be quilted" projects.  And after moving everything in the room, it didn't seem to be anywhere else, either.  I gave it up for (temporarily) lost and moved onto other projects.  But 4 weeks later, it turned up. Neatly folded inside a backing that was already prepared for it - and then placed back onto the shelf of backing fabrics. 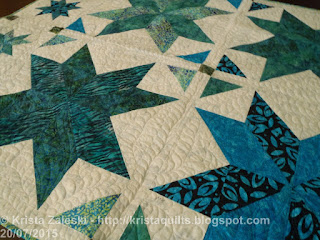 A couple of weeks ago, I dragged it out and loaded it onto the Bernina longarm at the local quilt store. I wanted to try out a new background fill pattern, and this quilt seemed like a good place to do that. I quilted random feathers into all the grey background areas, and tried some rope designs in the large stars. 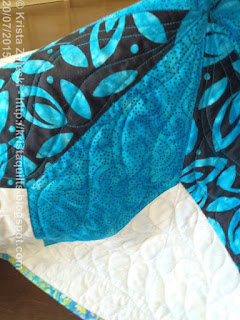 It came out pretty nicely, but the rope really needs something long and narrow, rather than the wide sections I was working with.


I put the binding on (by machine) this week, and have added this quilt to my donation stack for Victoria's Quilts.

Update: This quilt has been renamed "Gananoque Stars".  Looking through my notes, I see that Challenge Stars was completed in 2009. So, because this particular challenge was started at a quilting retreat in Gananoque that is its new name. 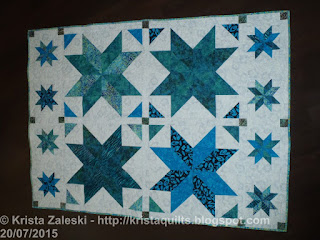