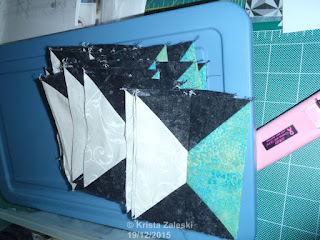 Another day of mystery sewing.  Bonnie released clue 4 yesterday, and it is a BEAR!  480 2" black squares cut.  240 headless geese made. And (so far) 28 butterflies (or centerless bow ties as Bonnie called them) completed.  I should be able to finish up tomorrow, if I don't run out of steam first. 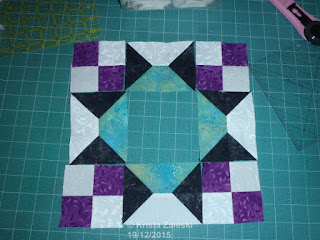 I'm not usually one for trying to predict the mystery results before we reach the reveal, but given the instructions regarding matched sets, I'm thinking we may end up with something like this in there.  But I'm probably completely wrong :) 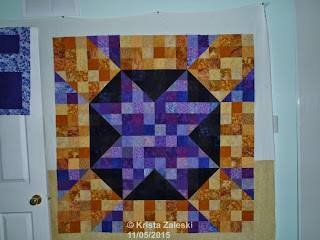 As a bit of a break from all that, I did some sewing on my giant scrappy swoon quilt - the last round needs to be put together.  I picked it up simply because I had some black thread in the bobbin and figured I might as well use it up before moving on to the next step which needed cream.  Of course, as soon as I ran out of thread I remembered the other project that needed just a small bit of black sewing for some applique. Ooops. Guess I'll be reloading that black bobbin sooner than I thought.